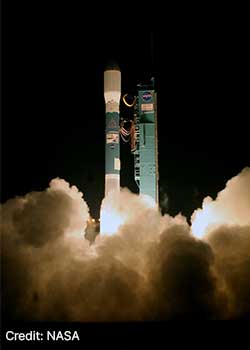 Launched in April of 2006, two cloud studying satellites work in tandem to study how clouds and aerosols affect the weather and climate. Now 15 years later, both satellites have been major contributors in understanding the processes that have major influence on climate (clouds, aerosols, phytoplankton/ice) and even weather models. 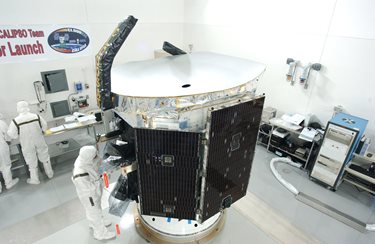 The Ball-built spacecraft for CloudSat is still running beyond expectation – it’s lived far beyond its design life and continues to provide valuable observations and the most detailed study of clouds to date at the C-train level (~16.5 km below the original A-train).  Ball continues to support Mission Operations of its spacecraft. CloudSat is currently running with two reaction wheels (what controls its orientation in orbit) out of four. Normally, a satellite cannot run on less than three reaction wheels, but ongoing tests are determining if the satellite can maintain formation with CALIPSO running on just two reaction wheels and thrusters.

The Cloud-Aerosol LIDAR and Infrared Pathfinder Satellite Observations (CALIPSO) satellite, a complement to CloudSat, is also delivering incredible data even after exceeding an initial designed program life of three years. As the provider for the satellite’s LIDAR, wide-field camera instruments and communications equipment, Ball continues engineering support to ensure safe operations of the Payload. The mission remains focused on its original goal of characterizing the Earths vertical distribution of clouds and aerosols, now complemented with measuring particles below the ocean surface with its green laser. Recently, CALIPSO’s LIDAR was also being used to study unique radiation effects in the laser to help characterize the radiation fields of the Earth’s Van Allen belts (trapped in the Earth’s magnetic fields).

CloudSat continues to provide valuable insight into extreme weather events such as floods, hurricanes and typhoons. For example, CloudSat observations have found that the amount of water ice within a cloud can help determine a storm’s intensity. This matters because the more water ice in a cloud, the more likely it will increase a storm’s intensity. Therefore, by watching cloud’s water ice levels, we can hopefully learn how to predict future storms. The better the predictions, the better we can prepare and save lives.

Both spacecraft also have been a catalyst for monitoring climate change in the arctic, where average temperatures have been on the rise. 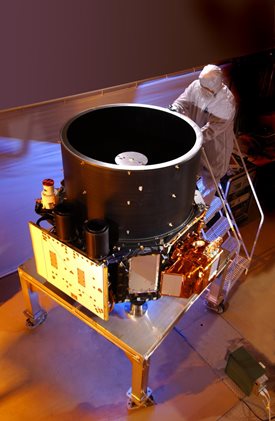 The early months of 2020 showed record breaking aerosol levels in the southern hemisphere. CALIPSO data helped reveal that the high levels were due to smoke injection into the stratosphere from the Australian brush fires. These aerosols are critical to study because smoke aerosols can trap solar radiation from the sun, creating a warmer stratosphere. Warming of the stratosphere affects atmospheric circulation and can possibly affect ozone levels through chemical interactions with pollutants. (Hirsch et al, 2021)

“The two programs exemplify not only the ability of Ball engineers to produce high quality engineering, but also demonstrate the ingenuity and resourcefulness of our engineers to help maintain operations well after the end of the design life of these instruments and spacecraft,” said Dan Bradfield, program manager on CloudSat and CALIPSO.